To view the other visiting places in Katra please click on below link : 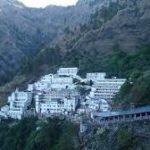 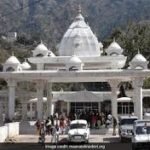 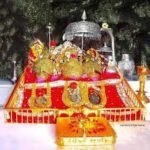 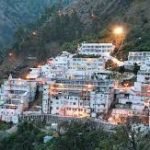 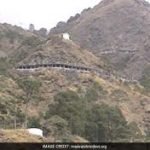 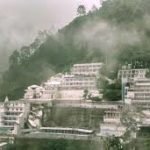 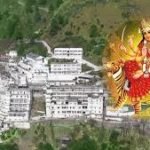 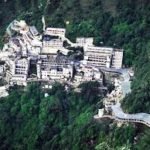 History of Mata Vaishno Devi :   At the time of Guru Gorkhnath, there was a occultist  namely Bhairavnath. He become very effective and expert in his occult arts. He was prosecuted to the devotees of gods. The devotees are very worried due to his torture. He was stop devotees to pray of god and motivate to eat meat and liquor. He was mesmerized the people and used to create trouble for the devotees by obstructing religious work. An ultimate devotee of MATA VAISHNODEVI namely Shri Dhar was lived in the Hansali village. Mata had special please on Shri Dhar. This thing was known by Bhairavnath. Bhairavnath goes to his home with his 360 students to pressurize for ‘Bhandara’, and order to invite all the villagers. Shri Dhar was a poor Brahmin. He was afraid and worried. Then Mata Vaishno Devi was revealed and explain to the Shri Dhar that she was all organize, don’t worry and you invite all the villagers in the ‘Bhandara’. Shri Dhar was invited all the villagers as said by Mata and all the villagers were come for Food. Mata Vaishno Devi revealed as a girl and by his powers different types of food was prepared in Gold and Silver containers. The food was served by Mata herself. When Mata was served food to Bhairavnath then he denied eating vegetarian food and wants to eat meat and liquor. Mata was tried to understand bhairavnath but he was not understand. By his powers he was knows that this girl is Mata. Mata was also known that he was known. Bhairavnath wants to catch Mata but Mata run from there and goes into the cave on Trikut Parvat for nine months to pray, at this time this place is known as ‘ARDHKUVARI’. Hanuman ji was the watchman of this cave. When Hanuman ji was thirsty then Mata Vaishno Devi run the arrow and a stream of water was revealed from the hill, this is known as ‘BANGANGA’. When Bhairavnath was reached at Ardhkuvari cave by searching of Mata then Mata ji runs for Trikut Parvat cave but he was also reached there. After that Mata had strike with her all powers on his head and his head was going 6 KM away from there and at current time this place is known as ‘Bhairavnath Temple’ and where Mata had strike on his head, the place is known as ‘Bhawan’. Before abandon his life bhairavnath feel sorry to Mata and Mata had forgive him and give boon to him that a visit of me is not completed if devotees are not to visit in your temple after my bhawan visit.

You may visit Mata Vaishno Devi all of the year. At the time of rain & winter land sliding and snow fall is possible and temperature  will goes to -2 to -4 degree. So i prefer March to June and September to November to visit Vaishno Devi.

Katra is a village of Jammu District of Jammu & Kashmir State. Katra is situated on the Trikul Parvat which has the height of about 5200 feet. Mata Vaishno Devi bhawan is situated around 13 Km from the Katra.

How to reach Vaishno Devi:

To go to Katra first we reach Jammu which is well connected by Road, by Train and by Air from all cities of India. The distance between Jammu & Katra is around 45 Km. In past, rail line was available for Jammu only but Katra is also connected with rail line and so many trains are also available for Katra from all major cities of India. You may book your confirm ticket for Katra or Jammu.

Where to stay in Katra:

There are around thousands of private hotels in Katra which have the rent of Rs. 350/- to 50,000/-. You also booked private hotel as per your requirement and budget. You have to booked your room for one day only in Katra. You have also submit your extra luggage in the hotel without any cost and collect after  visited to Bhawan.

The very important thing for visiting the Mata Bhawan is Yatra Slip which you get without any cost from counter situated near Katra Bus Stand, Katra Railway Station and near to the Saraswati Dham, Jammu. You start your visit for Bhawan is from Banganga where Checkposts are available to check your Yatra Slip without Yatra Slip you may not cross the checkpost.

Yatra Slip counter is available open between 05:00 AM to 10:00 PM. Yatra Slip is valid for 6 hours after you get your yatra slip.

What to do to make your Journey Easy:

Railway reservation: First of all you may booked your confirmed ticket online in advance. To book your tickets go to the following Link

Yatra Parchi & Bhakat Niwas Bookings: You may also booked your Yatra Slip and rooms online from the Mata Vaishno Devi Shrine Board website.

Link for the Mata Vaishno Devi Shrine Board Website :- www.maavaishnodevi.org 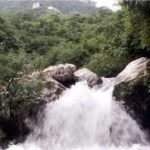 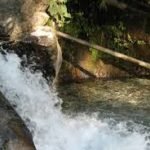 The distance between katra bus stand to Banganga is about 2 Km where the Yatra will start. You may take a auto for banganga from Katra bus stand. At Banganga, you have to show your Yatra Slip at the Check Post and after that you may proceed for the Mata Bhawan. The distance between Banganga and Bhawan is about 13 Km. You may go from between the hills but the way for Bhawan is very good and the arrangements for the tea, coffee and foods is very good. There are so many stalls situated on the way of Bhawan by the Shrine Board of Vaishno Devi. You may go for Bhawan from Katra by Helicopter, by horse riding, by foot, by Palkhi and by Ponni. There are two way for the Bhawan from Banganga one by stairs and one by road. You may choose one way according to your health.

Katra to Bhawan by Helicopter:-

Rent of Helicopter: – The rent of helicopter for Sanjhi Chhat is 1005/- Rs. (it may vary) per person for single side excluding taxes.

How Booked Helicopters:- You may booked helicopters from the shrine board website like you have booked Yatra Slip and rooms.

Before you may go for the Helicopter Ride, you may take 3 things with you.

Bad whether is very big problem for the helicopter travelers. Katra is a hilly area where the whether is changed suddenly and until the whether will not clear, the helicopter ride is not possible. There are two options when the whether is changed or bad. You may cancel your ticket or wail until the whether is not clear. If you cancelled your ticket then you reached at Katra bus stand. The auto will be charged  minimum 140 Rs. for the Helipad from the Katra Bus Stand. If you may cancelled your helicopter than extra 140 Rs. you may spend and you time also may get wait. The distance between Sanjhi Chhat and  Bhavan is about 2.5 KM. From Sanjhi Chhat to Bhavan you may go by foot or by horses.

Rates of Horse, Pitthu & Palakhi rides from Katra to Bhavan fixed by shrin board:-

Latest update about the New way from Katra to Ardhkuvari : –

To go to Bhavan, some day ago a new way of about 7 KM had been prepared which is reached to ardhkuvari via Balini and Tarakot village. The way had already been prepared and open from 13 May 2018 for the visitors. This way is only for wayfarer, horses, pitthus and palakhis are strictly prohibited on this road. This way is from Darshni Devri to Ardhkuvari and it is 7 KM long and 6 Meter wide.

To view the other visiting places in Katra please click on below link :